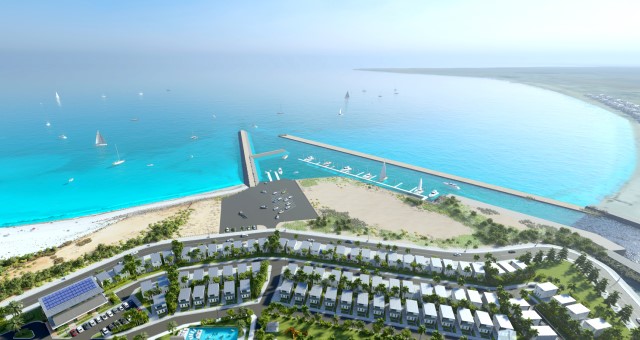 South Australia may be the only state in Australia that Wyndham does not currently operate in, but that is set to change very soon with six new hotels in the bag.

“South Australia is the fastest growing state for us in Australia,” said Wyndham Hotels and Resorts – SEAPR Vice President of Operations Ben Schumacher. SM at AHICE 2022.

“We don’t have anything here now, but in the next two to three years we’ll have six hotels operating under four brands, around 1,000 rooms on the market – that’s really exciting.”

With 28 properties in Australia currently, Schumacher described the state as the “missing middle” for the business and strategically important in terms of global and domestic sales.

“Adelaide is a key CBD hub, with an excellent outbound market [the city],” he said.

“It’s a perfect place to grow and showcase our brands. And it’s popular. We want to be here, the other big hotel groups are here, so it’s been a long time.

“We’ve just signed a new deal in the greenbelt in the last two or three weeks – we’ll be bringing the Ramada brand to McLaren Vale with an ownership of around 90 keys right in the middle of McLaren Vale, which I think, will do fantastically well,” Holmes said.

“We have also signed a 204 key Ramada by Wyndham Playford City Center – construction of which is expected to begin within the next two months. And then we also have a Wyndham Garden in Victor Harbor, which is a beautiful location on Victor Harbor. This will complete its council approvals at the end of this year and begin construction next year.

There’s also a new flagship on the horizon in the form of Wyndham Grand Adelaide.

“It’s a large 353-key box at 75 King William Street – this will be our flagship hotel not only in South Australia but in the South Pacific region,” Holmes said.

“It’s a really exciting property that’s just going through its final processes at the moment, and hopefully construction will start next year. It’s a long build, so we’re looking at opening in 2026, but it will be a beautiful.

TRYP by Wyndham on Pulteney Street in Adelaide’s CBD will be a 124-room hotel with an all-day dining restaurant on the ground floor.

“The TRYP brand is a lifestyle brand, and its tagline is ‘powered by the city’, so it’s about bringing the city into the hotel,” Schumacher explained.

“Each TRYP is unique in terms of location and layout. And for this property we look at a number of [design] concepts, like bringing in the hills of Adelaide, the neighboring oceans of Glenelg and surrounding areas and even the local indigenous side as well.

“The drive-to market will flock to this area.

“I think it will be perfect for families, couples, groups, special events like weddings – they’ll have the capacity to cater for that.”

The property has 100 villas — individual two-bedroom accommodation units that sleep up to four people.

Wyndham expects domestic travel to be important even as international travelers return.

“We see continued opportunity for local South Australians to use this property as it is two hours away, there are no flights, but is far enough away to take a break from the city or surrounding areas. , wherever they are,” he said. .

Wyndham has 47 hotels open and operating in Australia, New Zealand and the South Pacific and plans to open its 50and this year – probably one of two Adelaide hotels, according to Schumacher.

New Zealand is another growth market for Wyndham and will soon host the country’s first-ever Microtel, as well as a TRYP property, in the capital.

“It’s actually the first Microtel in the Australasian region – opening next week in Wellington,” Holmes said.

“We see a real opportunity for the Microtel brand.”

As its name suggests, this brand taps into the micro-hotel concept, meaning more compact rooms with an efficient design and a creative touch.

Schumacher said the brand is suitable for business and leisure travelers and the company hopes to expand into the ANZ region.

“Microtel’s tagline is ‘brilliantly efficient’ – it’s very functional, very value driven and we think it will be very popular. Our partners in New Zealand have a plan to continue the deployment. We would love to see it come to Australia as well at some point,” he said.

“It’s a pretty exciting time for us,” Holmes said. “We’ve had quite a nice growth curve here which we look forward to developing further in some key markets across Australasia.”