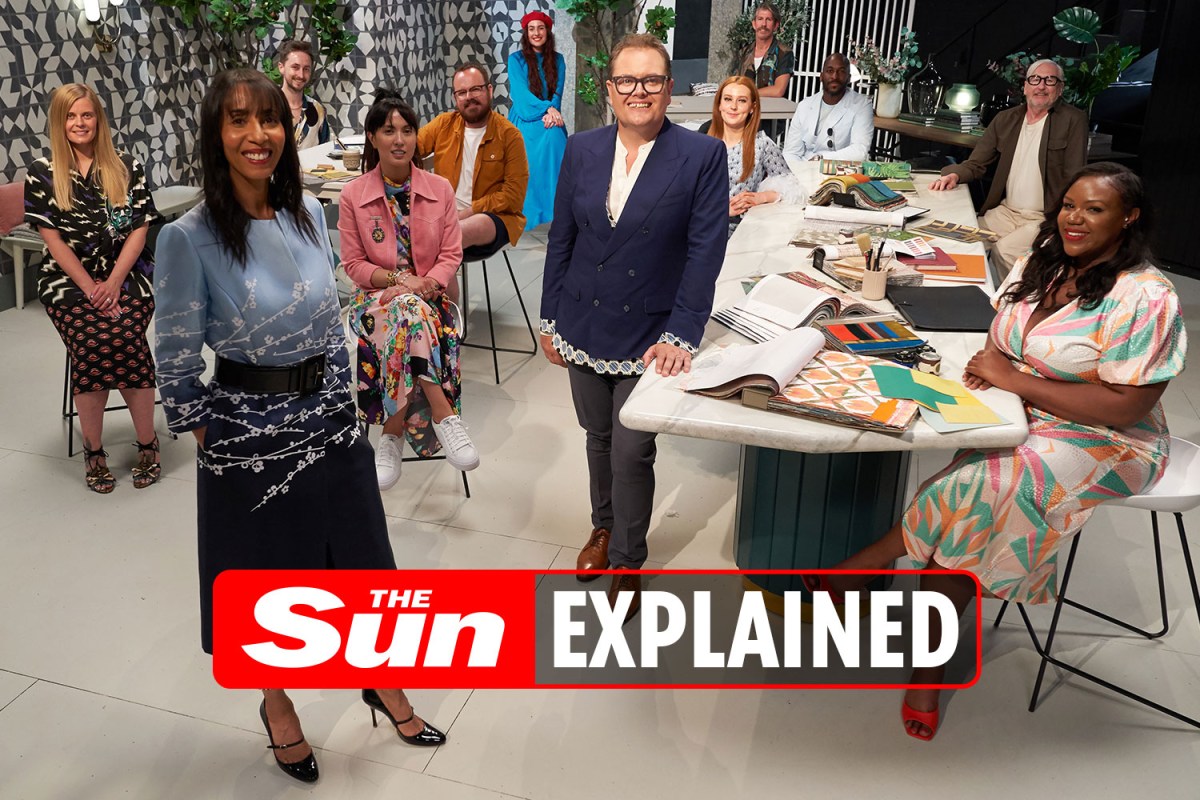 Who is on the BBC reality show lineup?

INTERIOR Design Masters is back with a brand new BBC series.

Ten budding designers compete to break into the world of commercial interior design.

Who are the Candidates for Masters in Interior Design?

Abi is a 27 year old from Birmingham, but now lives in London.

She is luxurious and describes her style as “kitsch maxminalist”/

She decided to apply for the show after being fired during the pandemic.

Amy is originally from Ayrshire in Scotland, but now aged 39, she lives in London.

She is a print designer and illustrator and describes her design style as sophisticated print.

Although she has worked in fashion for many years, interior design is her true passion.

Banjo is 36 years old and comes from the Isle of Mull. He is a cheese maker and trader.

He describes his style as “playful and wild”.

Some might say his move from making cheese on a remote farmhouse to decorating interiors is a big step forward, but he’s keen to prove he’s worthy of winning the contest.

Dean, 41, is a store manager in Reading.

He describes his style as “dark and brooding”.

At first, he was hesitant to apply for the show because he felt like he didn’t have much design experience. However, just five minutes from the close of applications, he took the plunge and applied.

Fran is a 38 year old fashion designer from London.

She describes her style as “contemporary bohemian”.

Like many, when the pandemic hit Fran lost all of her job overnight, so she decided to redecorate her apartment to keep busy.

In doing so, she learned to be creative on a budget.

Molly is a 23 year old business administrator from Bedfordshire.

She describes her style as “eccentric classic”.

Molly may have an edge in the competition as she already has some experience in the industry and started her first interior design job when she was just 18 years old.

Unfortunately, the company she worked for went bankrupt due to the pandemic.

Paul, 52, is a visual merchandiser originally from Lancashire but now lives in London.

He describes his style as “mid-century minimalist”.

Turning 50 at the start of the lockdown in 2020 caused him to question his career choices, in which he decided he needed to do something more creative.

Peter is a 63-year-old hair salon owner from Newcastle Upon Tyne.

He describes his style as “style chameleon”.

He has always had a real passion for interior design and, prompted by his family and friends, he decided to apply for the show.

Richard is a 29 year old interior designer from Birmingham.

He describes his style as “abstract colourist”.

He said he would watch the show’s previous run “religiously” and it looked like a lot of fun.

Rochelle, 34, is a team coordinator from London.

She describes her style as “modern glamour”.

She has always loved interior design and even graduated there.

Who are the judges and host of the Masters in Interior Design?

Each week she will be joined with the help of design gurus and industry experts as expert guest judges.

The new series will see Alan Carr return as host.

He told the BBC: ‘I love presenting the Masters in Interior Design and I’m so excited we’re coming back!’

When is Interior Design Masters on the BBC?

Interior Design Masters 2022 kicks off on Wednesday March 9 at 9 p.m. on BBC One.

It will be every Wednesday for eight weeks until the final episode on April 27, 2022.

Once each episode has aired, it will then be available to stream on BBC iPlayer.