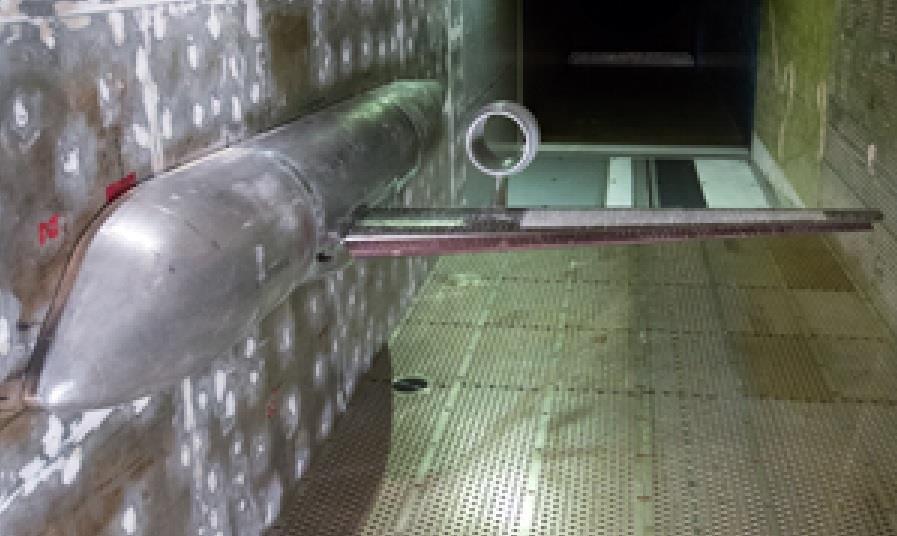 Russian researchers are refining the design of the wings of a proposed short-haul aircraft with engines mounted on the wings, in order to increase laminar flow.

The first models of the experimental design of the aircraft underwent wind tunnel testing in 2017.

But the Central Aerohydrodynamic Institute built a full-scale semi-model – featuring the left wing and engine, and the left half of the fuselage – to perform a more detailed airflow analysis.

“The experiments confirmed the presence of extensive laminar sections on the upper surface of the wing,” says the institute.

The research looked at methods of eliminating the “premature separation” of airflow at particular locations near the wing root, by installing a vortex generator on the fuselage in front of the wing. .

“Various generator positions were investigated,” the institute said, adding that an “optimal” location was found which increased the maximum lift coefficient by 5% in the landing configuration.

The high lift mechanisms of the wing’s leading edge have also been studied in order to increase their efficiency.

The head of the aircraft and missile aerodynamics department, Anatoly Bolsunovsky, said the project had established “a solid foundation of scientific and technical work” that can be applied to a practical aircraft design.

In addition to the laminar flow of its low-deflection wing, the over-wing engine configuration of the proposed design provides the ability to reduce engine noise and protect against ingestion of foreign objects.