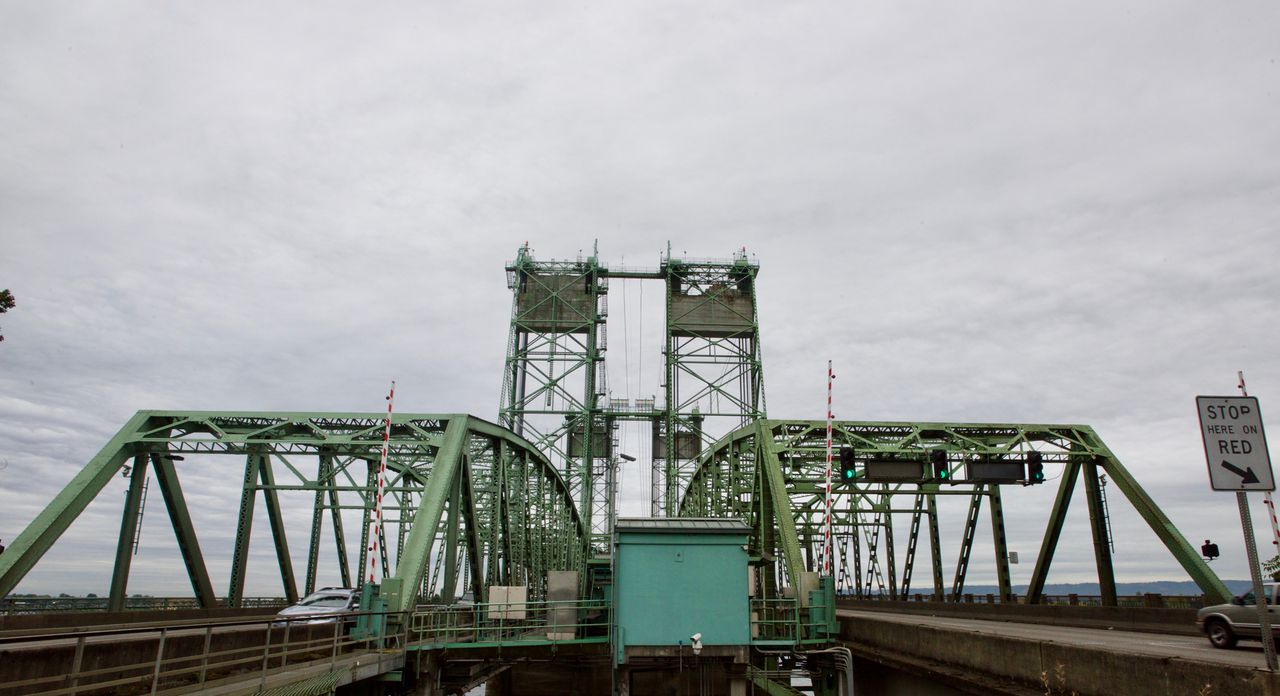 The Interstate Bridge Committee will vote on the design of the bridge; the proposal includes light rail and more tracks

Planning officials are finalizing a proposal for a new interstate bridge that includes both light rail and more car lanes.

They will present the proposal to a committee of elected leaders and transportation officials from Oregon and Washington next week.

With the approval of this group, program planners will then spend the next two months presenting the design of the bridge to nine state, regional and municipal governments and agencies. The project then proceeds to an environmental review – an extensive, federally mandated review of its potential environmental consequences.

The design on the table is notable in part because disputes over the light rail torpedoed the latest attempt to replace the span. The Columbia River Crossing project collapsed in 2014 when the Washington Legislature voted not to fund its portion of the bridge, primarily due to Republican opposition to the light rail portion of the project.

This time, however, Washington has already allocated $1 billion for the bridge project. (The project’s final price remains uncertain, but it’s likely to be in the billions, requiring state and federal money.)

But the scope of the proposed highway expansion has drawn opposition from environmental groups who say it will encourage more driving and increase greenhouse gas emissions.

The number of proposed alternate routes and access to Hayden Island, which is in the Columbia River and accessible only by the current Interstate Bridge, was still undecided.

The work would extend well beyond the bridge itself. Ryan LeProwse, the programme’s transport planning manager, said there were seven interchanges in the area that would be rebuilt.

Some are just half a mile apart, which LeProwse says is too close and forces people to make quick decisions at high speed.

The proposal calls for auxiliary lanes that would directly connect some of these interchanges, removing the need for drivers to change lanes and potentially reducing accidents that occur during these short stretches.

Program staff said they considered other designs that included bus rapid transit — a high-speed, high-capacity bus system that can include dedicated bus lanes to limit disruptions — from the other side of the river instead of the light rail. C-Tran, the transit agency serving Clark County, has operated a bus rapid transit line since 2017, and TriMet is expected to start its first service in September.

But project planners decided that a light rail system with connections to local bus routes would be more efficient and accommodate more people per trip.

Local leaders who will vote on the design of the bridge have largely come out in favor of the proposals first presented to them last week, particularly the prospect of having light rail service across the river.

But a few, including Portland City Commissioner Jo Ann Hardesty and Washington Department of Transportation Secretary Roger Millar, cautioned program staff against using current traffic patterns to forecast too far into the future without considering how people’s travel needs and habits may change.

“Today, people are used to getting into their cars to go where they need to go. Hopefully that’s not where we are in 2045,” Hardesty said. “I know companies are going to change and adopt hybrid models, so I guess human behavior is going to change as well. I’m just curious if you took that into account when you developed the models. »

Millar said that instead of seeing projections for 25 years into the future, he would like to see models for five or 10 years from now, which he says might be more accurate.

And Hardesty urged project staff to consider the impacts that freeway expansion and climate change have already had on low-income and communities of color — recent studies have shown that communities of color in Portland, particularly black and Latino residents, disproportionately live in more polluted areas. .

And some Washington-based lawmakers, including U.S. Congresswoman Jamie Herrera Beutler, continued to oppose officials’ decision to move forward with light rail instead of bus rapid transit.

“This decision runs counter to voters in Southwest Washington who have firmly and repeatedly rejected the introduction of Portland light rail into Washington State, as well as the enormous cost, limitations on river traffic and the public safety concerns that come with it,” Herrera Beutler said in a statement. Thusday.

Greg Johnson, director of the Interstate Bridge program, said his plans are based on models created by Oregon Metro and the Washington Regional Transportation Council. Although not a perfect predictor, he said, it is the best system available.

“We have to consider that this is the only west coast connector between Mexico and Canada as a highway. These are things we cannot ignore. he said. “People who criticize investment in highways are ignoring the investments we’re trying to make in active transportation and light rail.

Leaders of more than a dozen climate and transit advocacy groups have announced a new coalition that will call for the new interstate bridge to meet specific goals of climate, economic and racial justice.

“We want to support the right bridge for the region,” said Brett Morgan of 1000 Friends of Oregon, “and that means having a bridge that meets climate goals and robust transit options using every tool we have. “

He said climate and transit advocates were unhappy with project planners’ responses to questions about traffic demand and capacity and said they had instead tried to push the project forward quickly.

“We don’t want this to be a repeat of the Columbia River crossing, the court battle and everything that made it unpopular,” he said.

Morgan said the coalition is pushing to reduce the freeway’s footprint on Hayden Island, which sits directly under the bridge span.

The group is also calling for light rail to extend further into Vancouver, Morgan said. Current proposals show the light rail line terminating at Evergreen Boulevard, just before Clark College and Washington State School for the Blind. Extending the line would be a benefit for students at both schools, he said.

And, Morgan said, the coalition is against adding auxiliary lanes. Some of the designs propose new lanes in areas as far as three miles from the bridge, he said, and effectively amount to a whole new freeway lane. Data provided by Interstate Bridge program staff also showed relatively small improvements in traffic congestion from those additional lanes, he said.

Some current and former residents of Clark County have urged local leaders not to advance current plans for the project.

Dave Rowe, a Battle Ground resident who commutes to Lake Oswego for work, was unhappy with the proposed design of the bridge, which at 116 feet of clearance isn’t high enough to clear large objects like wind turbines that are shipped to the Port of Vancouver. (The current drawbridge stands at a height of 178 feet.)

“This megabridge to remove a red light on I-5 is a waste of taxpayer dollars and impacts Columbia River industries,” he said.

Staff will present the proposed design to the steering committee on May 5.

2022-04-29
Previous Post: Interview with Banjo Beale, winner of the Masters in Interior Design
Next Post: After 45 years of turf management, North Attleboro’s Tom Brodeur takes a summer off | local sports