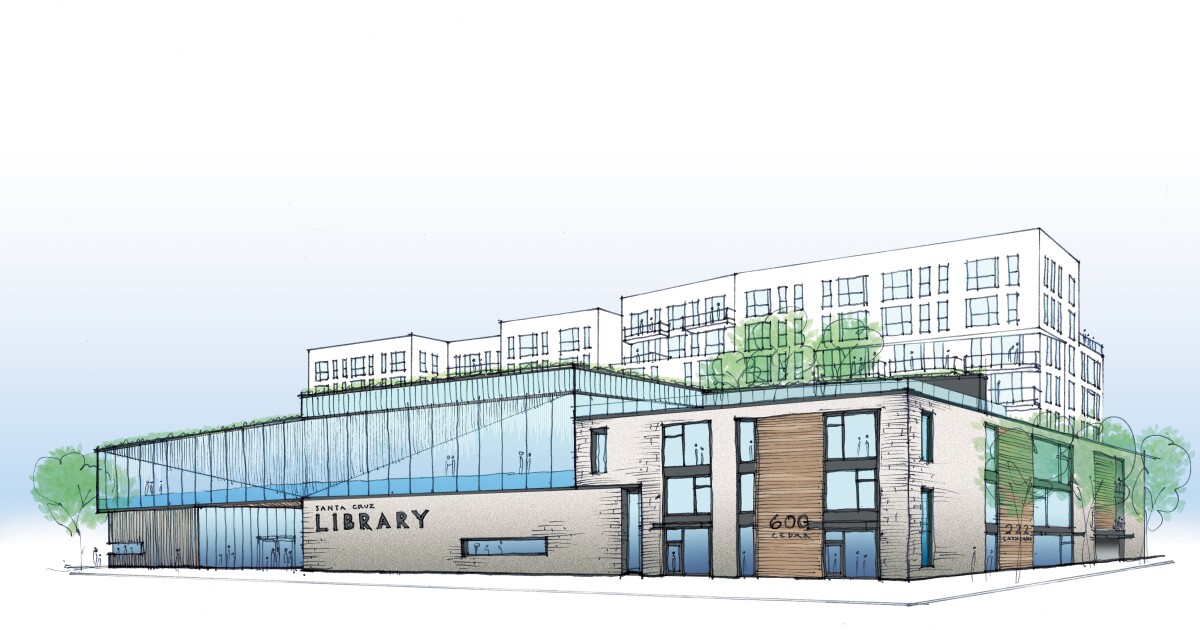 The what: On Thursday, the City of Santa Cruz released the recently updated design proposal for the Mixed-Use Library Project, proposed for the current surface lot bordered by Cedar, Lincoln and Cathcart streets in downtown Santa Cruz.

The So what: The project has seen updates since its last iteration, with an increase in the number of affordable housing units and a decrease in parking spaces. The most recent design includes:

Abraham Jayson, director and founder of Jayson Architecture, the project’s master architect, said in the press release: â€œThe design provides a larger civic facade for the public component of the project while maximizing daylight for the interiors of the project. the library. “

Information document: The project was initially approved by city council in June 2020, after years of planning in accordance with Measure S funding approved by voters in 2016 for the construction and updating of county libraries. Over the years, the project has been rejected by some factions in the community who have expressed their dissatisfaction with the proposal to relocate the library and create the parking lot.

Rick Longinotti, of Our Downtown, Our Future, announced an alternative proposal for the site last September, which would retain the plot as a permanent location for the downtown farmers market. His group worked to collect signatures to pass his initiative to the November 2022 ballot.

â€œThe potential for negotiation is always there, because at any time, we can negotiate with the city to meet everyone’s needs. he told lookout last month.

Still, other community members have expressed a desire to move forward with the current proposal and revitalize the downtown area in the process.

Zach Davis, member of the Downtown Commission and co-owner of The Penny Ice Creamery and Snap Taco, Lookout said in November: â€œThere’s a reason I live in Santa Cruz and it has to do with the character of the city and the community – I think this project is in that spirit. “

And after? The city will host a series of community workshops Friday for interested residents to learn more about the design proposal. The full presentation will be available on the city’s website later today.

On Tuesday, the proposal will be presented and considered for approval by city council.