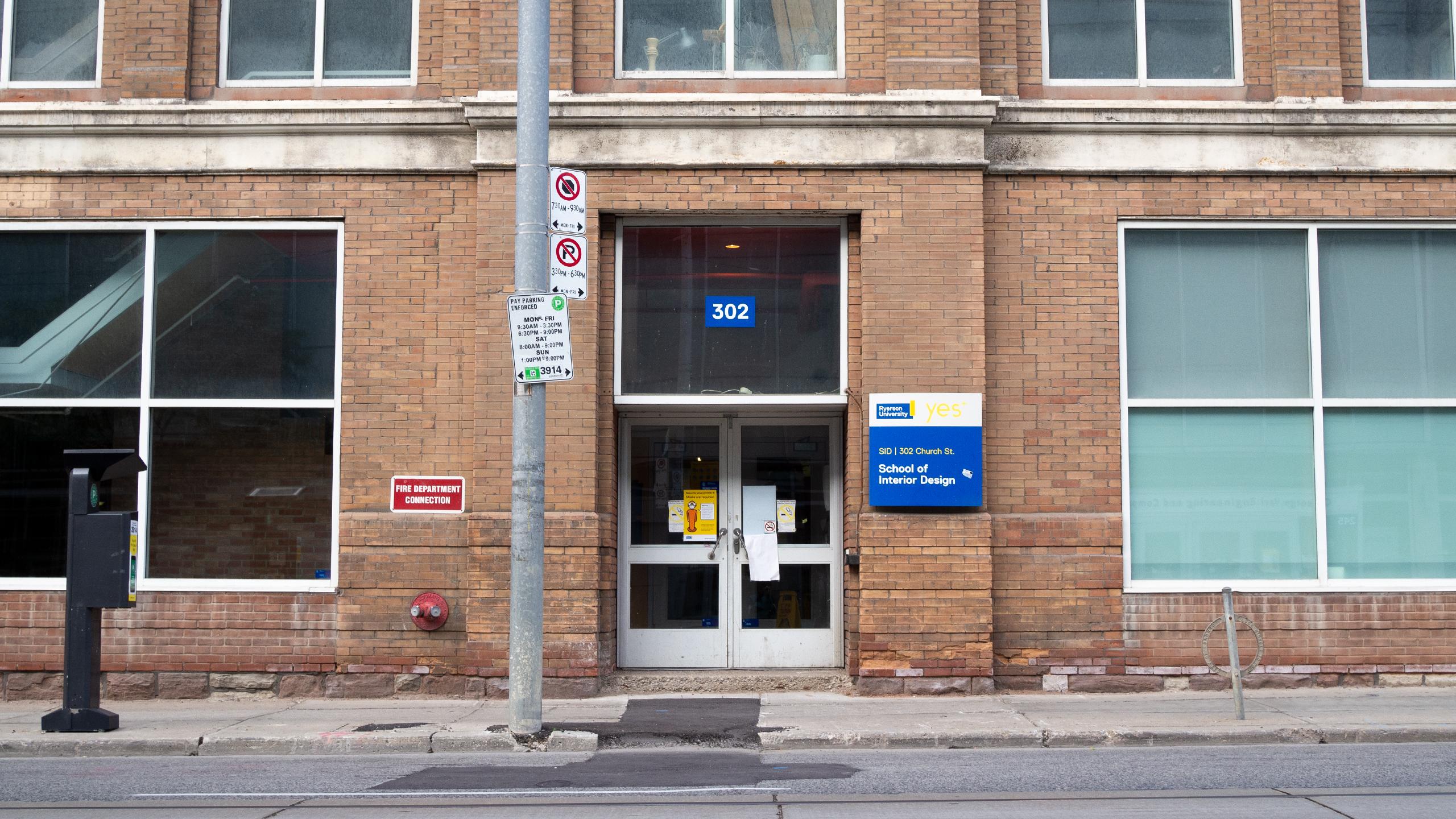 More than 140 students, alumni and faculty have approved an open letter demanding systemic reform at the Faculty of Communication and Design (FCAD) and the Ryerson School of Interior Design (RSID). They also demanded the establishment of a new curriculum that encourages diversity.

The letter, which was published Aug. 31 by the Ryerson School of Interior Design Course Union (RSIDCU), acknowledges that FCAD’s current systems of power and governance perpetuate inequalities that â€œdisadvantage BIPOC (Black, Indigenous, People of color). ”

The letter also stated that FCAD is currently operating â€œon exclusion by rejectingâ€¦ the voices of BIPOC and their experiencesâ€ with a â€œspecific bias against the darker-skinned members of these racialized groupsâ€.

Georgia Barrington, president of RSIDCU, said the letter was “in response to complaints of racism and discrimination that the course union has heard from students.”

Reese Young, a fourth-year interior design student, who helped draft the letter, said the course union held virtual meetings over the summer to discuss the changes they wanted to see. within FCAD.

â€œJust as architecture in the world is not [limited to] Eurocentric design, I don’t want my education to be limited to that, â€she said.

â€œRepresentation within the RSID faculty is not where it can be,â€ Young said. â€œThere is and always will be more room for the representation of BIPOC. “

â€œJust as architecture in the world is not [limited to] Eurocentric design, I don’t want my education to be limited to that.

â€œThere were times when [students] would do projects based on different cultures and it was clear that there was not enough respect, â€she said. “Professors and students didn’t know how to deal with it.”

Within 12 hours of the letter’s publication, the collective of writers received an email response from Charles Falzon, Dean of FCAD.

Falzon will meet with the course union on September 18 to discuss the next steps in reform at FCAD. He said that â€œstudent initiatives open up communication and [he] wants to invite them and listen to them.

Lois Weinthal, chair of the interior design program, also endorsed the letter. She said she was happy the students were arguing for a change.

â€œOver the summer my colleagues and I worked on a list of changes that need to be made to FCAD,â€ Weinthal said. â€œWe began to look at the courts through the prism of their decolonization. ”

The course union listed seven action items that include hiring more BIPOC faculty, staff and administration, providing training on BIPOC anti-racism and inclusiveness, and inclusion. the history and work of BIPOC in RSID programs.

Along with the students and alumni, many professors also approved the letter. Young said it was encouraging to see the support from the professors and professors.

“A lot of feelings [described in the letter] rings true not only for students but also for teachers.

The letter also presented two waiting lists, one for next year and another for the next three years.

Barrington said she hoped to “walk through the blueprint together and [be able to set] specific deadlines â€for implementing certain action measures when the course union members meet with FCAD.

In June, Benjamin Mitchell, a third-year performance student, launched a petition with over 37,000 signatures calling on CFAD to create an action plan to improve racial representation and equity within the faculty. Mitchell is now a member of the Faculty’s Equity, Diversity and Inclusion (EDI) Initiative Advisory Board.

Falzon said implementations of the letter and more diversity are already underway with â€œnew courses, new hires and the opening of the programâ€ for a more holistic perspective that better reflects the student body.

RSID will add a new elective course – IDE 501, Africa and Beyond: The Decolonization of Design Culture, which will be taught by Associate Professor Taymoore Balbaa in the winter semester 2021.

Other FCAD students are also asking their schools to set up courses that represent racialized students.

The Ryerson School of Journalism has decided to add a new course to its Fall 2020 semester titled Reporting on Race: The Black community in the Media, after four recent RSJ graduates launched a petition demanding more courses on how to report on issues concerning black Canadians.

The course is taught by Eternity Martis, an award-winning journalist and editor who focuses on reporting on race and gender.