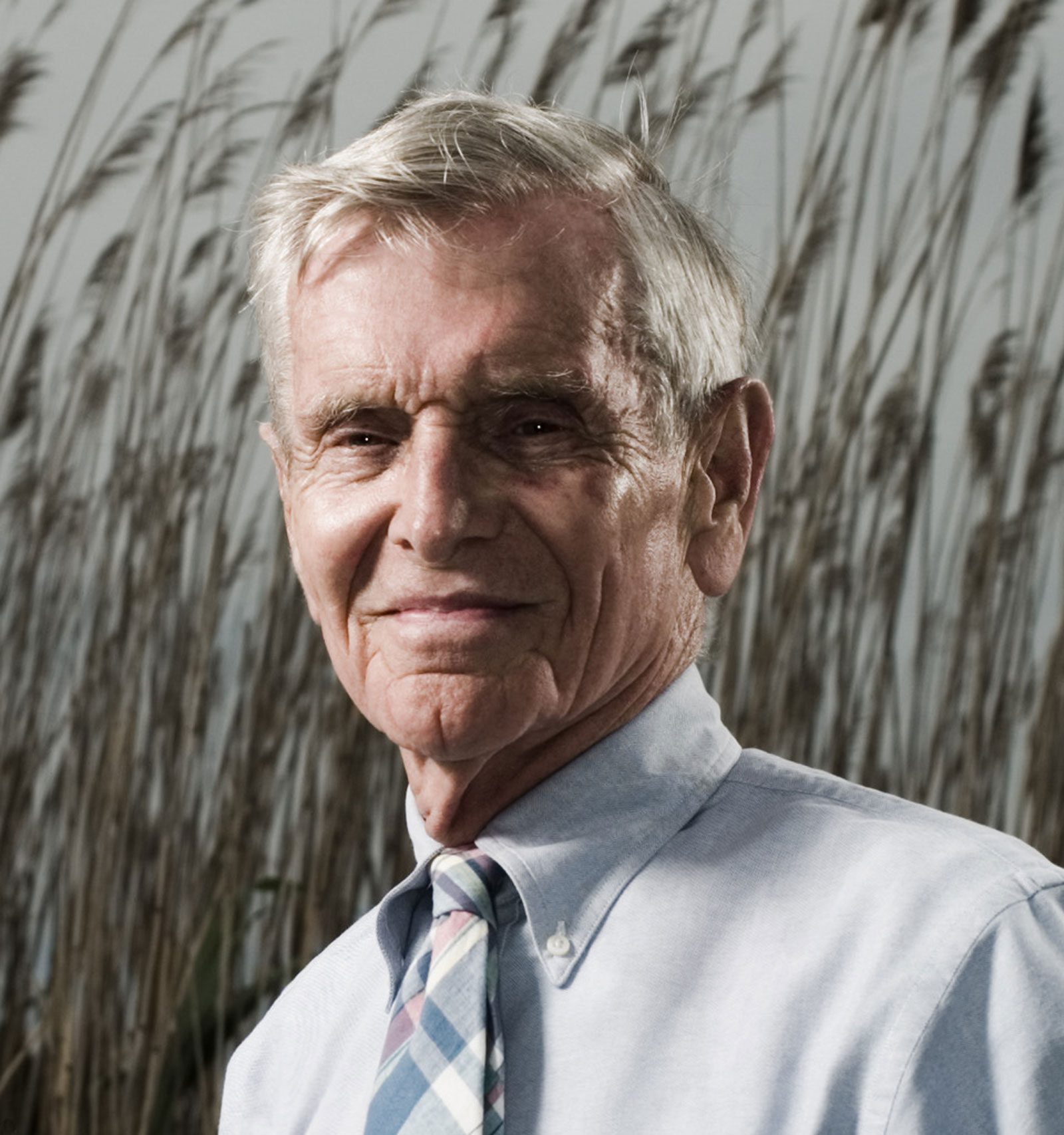 From the dunes of Fire Island to bucolic walks through the Hamptons, architect Harry Bates, who died this week at age 95, left an indelible mark on Long Island. Known for his modernist homes made from local materials, Bates got his start in the field designing summer getaways for New York advertisers in the 1960s and 1970s. He later teamed up with his design partner, Paul Masi, 45 years his junior, and together they have continued to shape the region’s architecture with their warm minimalist style.

“He was a rock star architect for the mid-century summer getaways that are still dotted around the Hamptons,” shares Interior design editor Cindy Allen. Recalling his experience filming a documentary with Bates after his 2013 induction into the magazine’s Hall of FameAllen adds, “It was surreal browsing through these modern treasures with the master himself, captivated by all of his delightful stories about the many advertising frames he designed for (think Madmen!).”

Although Bates died in Fernandina Beach, Florida, where he most recently lived, he built his life and career in the East. The first home he designed, made from rough-cut redwood “fresh off the tree,” as he once told Allen, solidified his approach to using materials that reflected the native landscape. , blending in while standing out.

But his career in architecture happened rather by chance. Born in 1927 in Lake City, Florida, Bates, whose father was a doctor, attended medical school only to realize he was the wrong person. A friend of the family offers him to become an architect, sealing his fate. After earning a bachelor’s degree in architecture from the North Carolina State University College of Design, he continued to work with Skidmore, Owings & Merrill, then opened a private practice in New York, which he moved to Southampton in 1980.

In the mid-1990s Bates entered a new era in his career when he met the thoughtful and ambitious 25-year-old architect Paul Masi. Masi, who spent his childhood summers in Montauk, joined the Bates Company founded in 1998, now known as Bates Masi + Architects. During their 20-plus-year partnership, Bates and Masi have shaped some of Long Island’s most scenic spots, transforming sites such as a peach farm in East Hampton and a historic Methodist church in Sag Harbor into private homes. . More recently, the duo moved the company’s office from Sag Harbor to a bright and durable structure they designed in East Hampton, shortening the commute time for Bates who lived in the area.

A multi-year winner of Interior design‘s Best of Year Awards along with more than 200 other design accolades, the company’s projects include homes large and small, as well as schools, offices, hotels, restaurants, and retail designs, not to mention furniture. The extensive body of work reflects Bates’ 50+ year career and showcases his commitment to simple yet elegant modernist design.

“Ego was never part of Harry’s work, but he was passionate and rigorous in his designs,” Masi recalls. “That balance allowed him to transcend decades of design movements.”

As much as Bates will be remembered for his architecture, his friends and colleagues remember his gentle nature, unassuming personality, and love for Long Island, which he considered “one of the most beautiful places in the world. “. “Harry was a gentleman who was sensitive to both people and environments,” Masi shares. “Whether with a client or a friend, he was selfless and generous. Harry excelled in collaborating with clients and colleagues, which made him stand out as a truly exceptional designer. »

Bates’ passion for his work, and the people and communities he designed for, emanated from every detail. As Masi recalls, Bates would often say, “If we’re not having fun, why are we doing this?”

“Filming Harry for our Hall of Fame documentary was an incredible memory that I will always treasure,” Allen adds. “We even visited a very special house, for me personally, as my husband and I almost bought a Harry Bates original! Ahhhhh, the one who got away, but I have the eternal memory of knowing Harry himself!

Bates is survived by two nieces and predeceased by his sister, Fairfax Bates Ralston, who died in 2008, as well as her partner, Jack Coar, an interior designer.