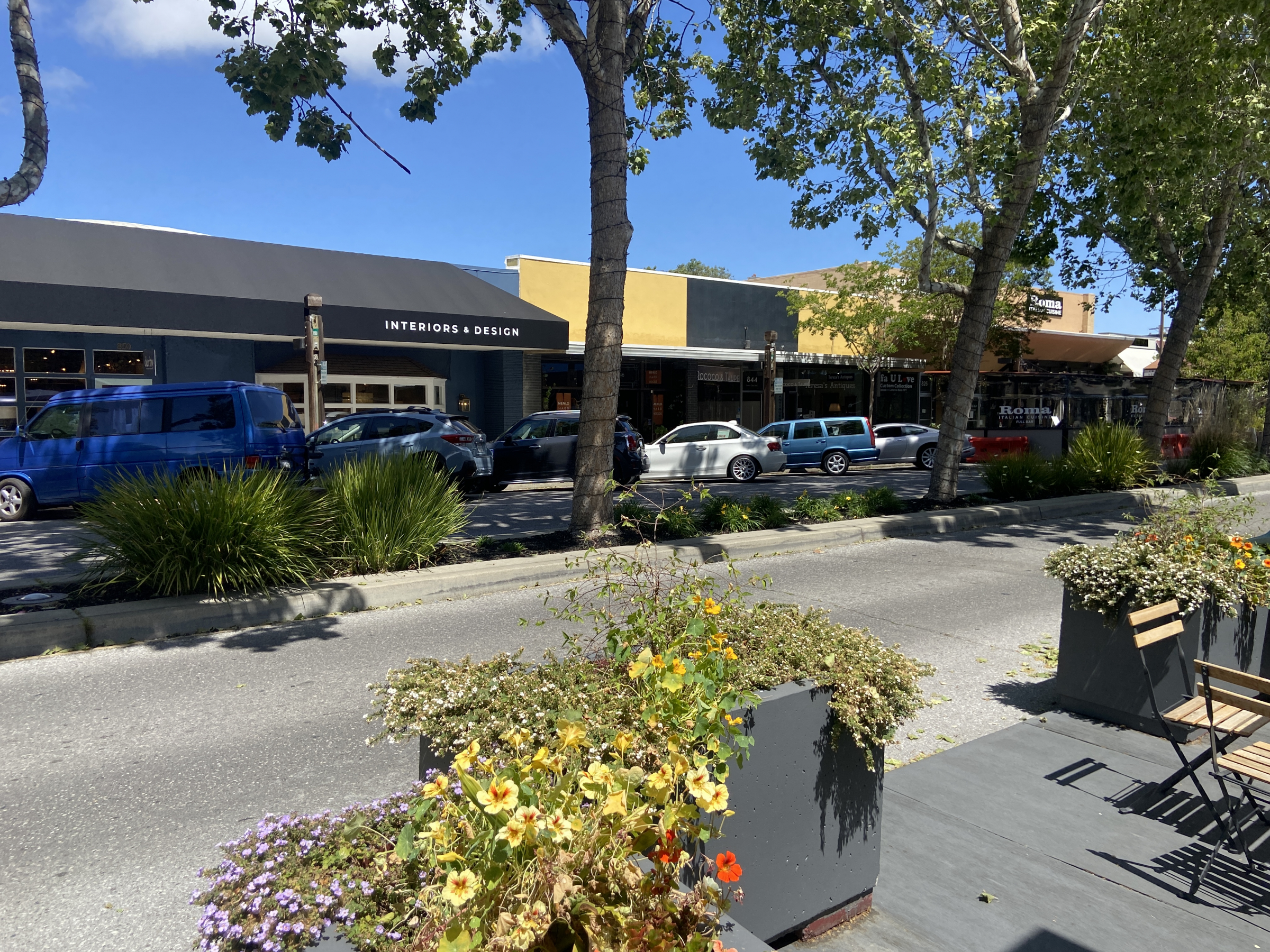 A new collaboration of Menlo Park businesses seeks to transform the city’s downtown into a regional destination for interior design projects, bringing together 20 local design stores for the first time.

The idea for the Design District was born in the spring of 2021 by Alex Beltramo of Teresa’s Antiques, a company started by his mother more than 40 years ago. Beltramo said Menlo Park has been a center of design for much longer than the start of official collaborations. When his family business moved to Menlo Park from San Francisco, they advertised themselves not just as an antique store, but as part of a larger collection of designer shops that customers could enjoy, although each shop operates independently.

The creation of the Menlo Park Design District, registered as a nonprofit with political affiliation, further strengthened and codified the pre-existing community among merchants.

“We really feel like we’re more part of a community, which makes it more meaningful,” Beltramo said. “And that’s good for business because now we’re going to draw a wider range because it makes sense to people.”

The Menlo Park Design District aims to be an alternative to that of San Francisco, which saves residents from traveling so far to complete interior design projects. Members also offer free design events on the first Thursday of every month, hosted by experts at the various stores in the Design District. The first class has been set for August 4 at the Art Ventures gallery. The next one will be a lesson on the counters at Rocco & Taupe on September 1st.

Brian Flegel of Flegel’s, said he believes the history of design at Menlo Park has always been about community and collaboration. Flegel’s, which opened in 1954, is Menlo Park’s first furniture store and carries products from various Menlo Park stores.

“We’ve always had…a really good relationship with everyone, because there’s always been an ecosystem, right?” Flegel said. “And it was always everyone’s responsibility to make Menlo Park, at least downtown, a destination if you were planning on doing something for your home.”

Flegel also believes the collaboration will be of long-term benefit to businesses, compiling the knowledge and resources of a variety of stores with different areas of expertise to create a place where everyone can find what they need.

“This is just the beginning,” Flegel said. “But I think there’s a pretty good balance between no one really trying to do exactly the same thing as someone else. Everyone has their elements.”

Ana Williamson, of Ana Williamson Architect, said she shared the sentiment that the Design District is not just about economics, but coming together as a community.

“(I hope it will) revitalize downtown and attract pedestrians and people interested in art, design, lifestyle and inspiring environments,” Williamson said. “I also hope that we can create a sense of community among the merchants. You see the storefront but you don’t know the owners and that really led us to bring everyone together to do something, to create something together for Menlo Park.”

The pandemic is a surprising factor that has been credited for the creation of the nonprofit organization. Peabody Gallery’s Elisa Spurlin thinks COVID-19 can be credited with bringing traders together, even after some have worked on the same street for more than 20 years and never met face to face.

“A lot of things have changed during the pandemic, but one of the things that’s happened is you’ve seen a lot of unique collaborations happen across all kinds of industries,” Spurlin said. “It gave us a chance, because for a lot of us we were closed for a while. So, in addition to trying to survive, it also gave us the opportunity to sit down and say: “What are we doing different?”

Over time, more and more traders caught on to the idea of ​​collaborating and forming the nonprofit Design District, a vision of a tight-knit business community that Beltramo said was supported by the late Bob Shrum, another store owner. Carolyn Ivers of Harvest Furniture noted that she felt everyone’s voice was heard in the meetings that led to the creation of the district.

More details about the Menlo Park Design District and its events can be found on their website.