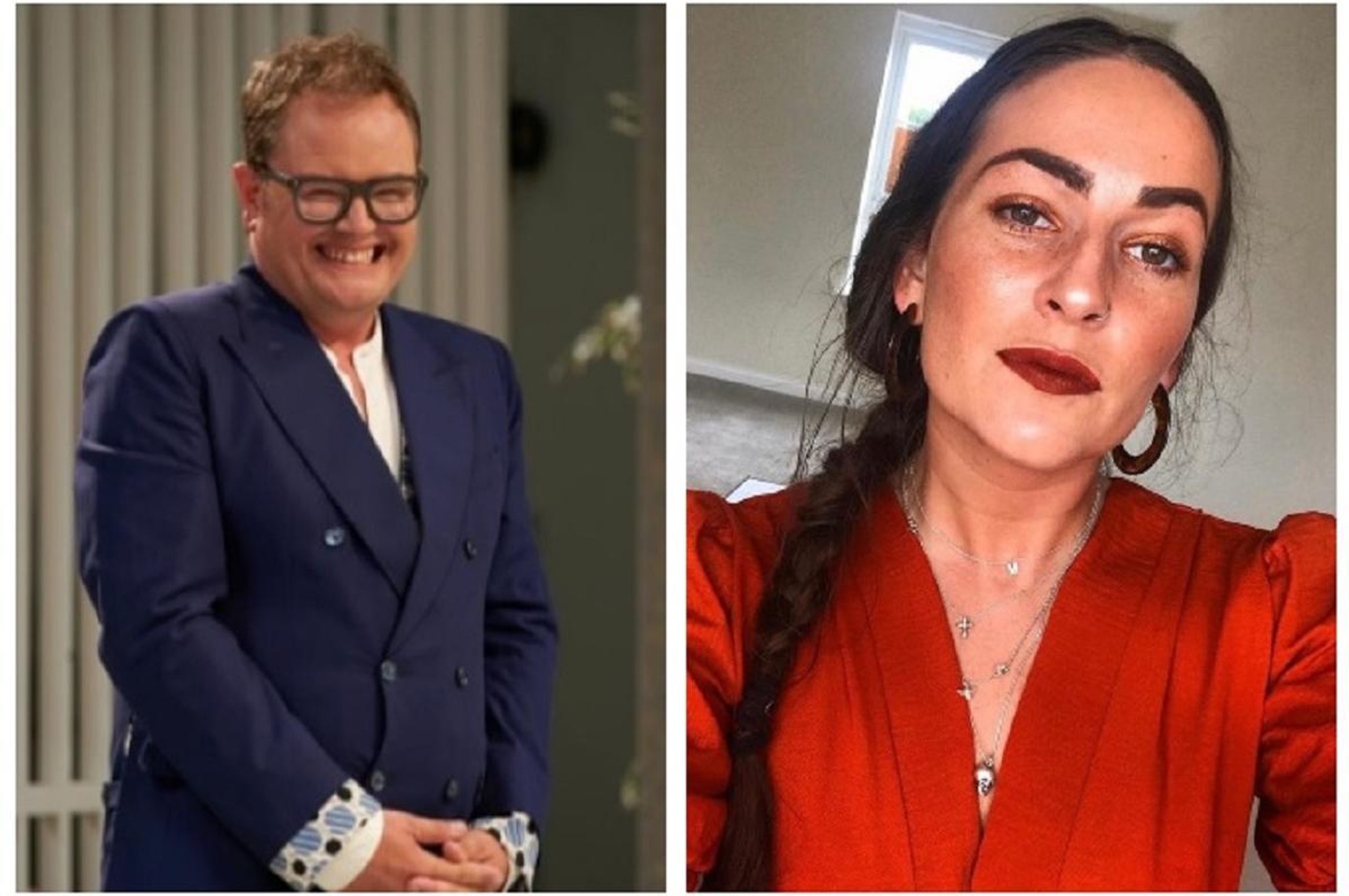 A former student of Eaton Bray’s Linslade Cedars stars in BBC One’s Masters in Interior Design with Alan Carr as she takes on the challenge of winning a life-changing contract.

Molly Coath, 24, is taking part in the television competition, presented by the comedian, which will see ten candidates compete to win a high-flying job in a luxury hotel in Cornwall.

Each week, contestants will face a new interior design challenge, and in the first episode, Molly will style an apartment in Manchester.

Alan, and on the right, Molly. Pictures: BBC One and Molly Coath

Speaking to the LBO about her TV experience, Molly said: “It was magical, beautiful, wonderful.

Molly landed her “dream” job as an interior designer aged just 18, but that fell apart during the pandemic when the company she worked for went bankrupt.

She found herself stamping bills, which was “so not me” when people started messaging her about the show.

Molly wearing her episode one outfit, and left, with her partner David. Images: Molly Coath

Molly said: “I thought I’d apply and give it a thumbs up, but I never thought in a million years that I’d get in – or ever be on TV.

“It’s an amazing opportunity to have.”

In the first episode, Molly is paired with another contestant in order to complete the apartment challenge, in which they work on an office, living room, and bedroom.

The property is a show home and the couple had to work on a brief before facing the judges – a designer is eliminated every week!

Molly has received so much support from her family. Image: Molly Coath

Molly said: “You go on a trip, bond with the other contestants – we were all like family.

“It changed me as a person. It was amazing.”

Another highlight for Molly was meeting presenter and comedian, Alan Carr, who took over as presenter from Fearne Cotton in 2021.

Molly said: “He’s so wonderful. Even when I met him, I felt like I already knew him; he’s exactly the same in real life as he is on TV.

She laughed: “I was trying to attach a light and he said, ‘It’s like nailing a blancmange to a wall!'”

Molly’s creative flair was inherited from her parents, Lisa Coath, “an exceptional draftsman”, and her father Peter Coath, an author.

In fact, Mom Lisa even produced artwork for her interior designs.

Molly said: “Since I was little my parents have moved around a lot. My mum is an amazing artist, a really quirky person.

“I was coming home from school and my mom was painting a wall or clouds on the ceiling.

“Making your home a beautiful place is what I was raised with.”

Molly’s family and friends are all very happy to have the creator featured on TV, and she would like to thank all of her friends, her parents, her boyfriend David Berry, her aunt Joanna Price, and her grandparents Doreen Price and Graham Price for their support.

She concluded: “I learned a lot practically but more generally I learned about myself as a person.

“I was the youngest in the competition and we all looked out for each other – they said to me, ‘Don’t doubt yourself’.

“My advice for designers? Don’t worry too much about rules or trends. Go with your heart!”

The new series of Masters in Interior Design with Alan Carr starts at 9 p.m. on March 9 (BBC One).