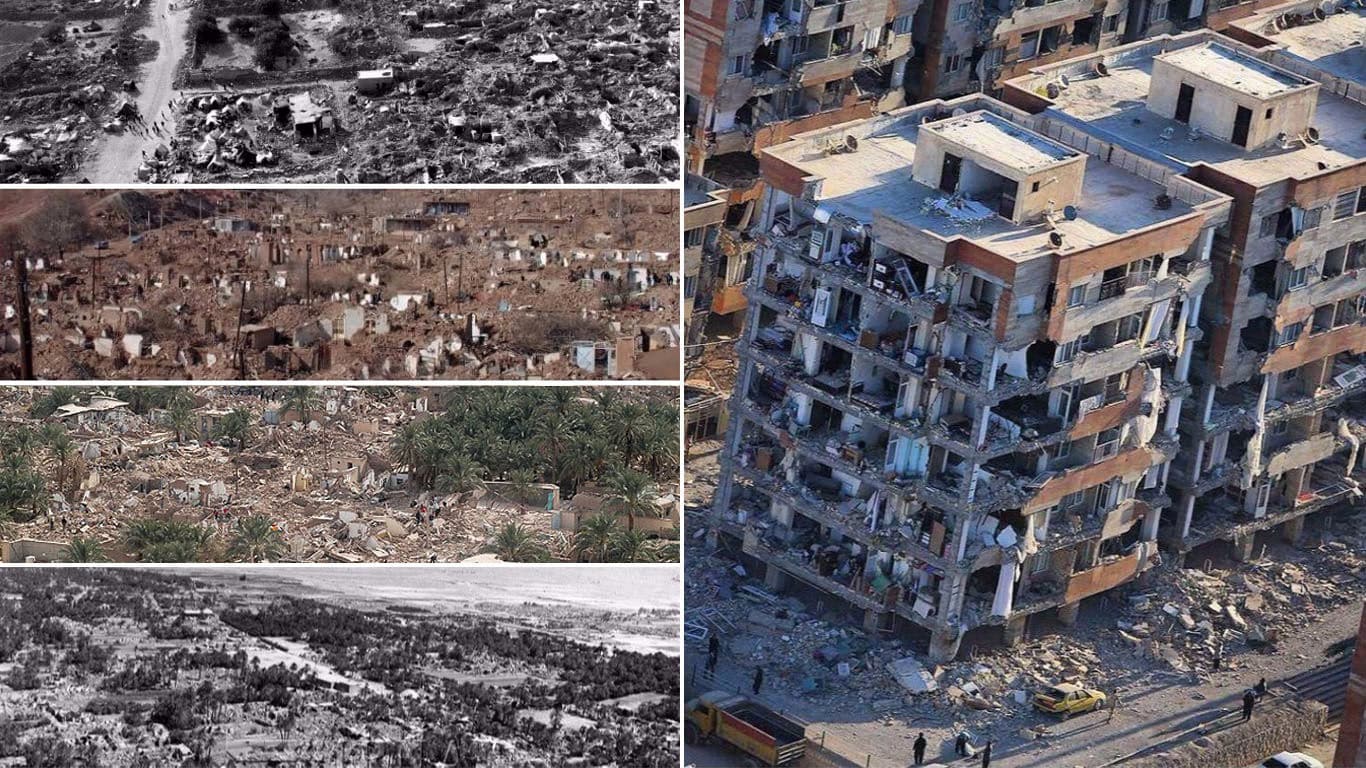 In the absence of a reliable management of the earthquake crisis, Iranians can only pray that they will be spared another national disaster.


The seismic networks of the National Seismological Center of Iran recorded 8,630 earthquakes in the year 1400 of the Persian calendar. These earthquakes occurred in different parts of the country and border areas with an earthquake of magnitude 5 on the Richter scale recorded every month.

The National Seismology Center recorded 144 earthquakes in Tehran province last year, the largest of which occurred near the city of Bumehen with a magnitude of 3.9 on the Richter scale.

The head of the seismic database of the National Seismology Center of the Institute of Geophysics of the University of Tehran said. This year, 167 earthquakes with a magnitude greater than 4 on the Richter scale have been recorded in the country, the largest of which in Finn, in the province of Hormozgan with a magnitude of 6.3 on the Richter scale.

Since Iran is located on a seismic belt that regularly faces seismic events, it is considered a high-risk region. It is geologically active due to its location in the Alpine-Himalayan seismic belt and at the confluence of the Eurasian-Saudi belts, with about 8% of global earthquakes and about 17% of major global earthquakes occurring on the Iranian plateau .

The geographical history of Iran has shown that the country has been and still is prone to major earthquakes with socio-political aftershocks.

On September 1, 1962, while Mohammadreza Shah was still ruling the country, a magnitude 7.2 earthquake shook Buin Zahra in Qazvin province, about 70 kilometers west of Tehran. According to data available online, the quake destroyed 91 villages, killing 12,225 people and seriously injuring 2,800 people. The state’s inadequate response to the natural disgust turned into a scandal and thus invigorated dissent against the corrupt monarchical regime.

The 1962 earthquake originated on one of the many faults in the region, called the Ipak Fault. Believed to have been reactivated several times, the fault is extensive and could still pose a threat to locals. Iran’s building codes, infamous for their poor performance during earthquakes, have recently been evaluated by several global organizations.

In the absence of any hope that the Iranian regime will actually implement better design quality, and considering that Iran is one of the most seismically active countries in the world, this may lead to more events. disasters in the future.

On December 26, 2003, a major earthquake hit Bam in Kerman province in southeastern Iran. The tremor had a moment magnitude of 6.6 on the Richter scale and a maximum Mercalli intensity of IX (violent). The earthquake was particularly destructive in Bam, with the death toll at least 34,000 and up to 200,000 injured according to official statistics known to be inaccurate and politically motivated.

The effects of the earthquake were exacerbated by the use of mud brick as the standard building medium; many structures in the area did not comply with earthquake regulations established in 1989.

On November 12, 2017, an earthquake with a moment magnitude of 7.3 occurred on the Iran-Iraq border. Kermanshah province was the most affected area on the Iranian side. Ezgeleh was the closest town to the epicenter of the earthquake. More than half of the Iranian casualties were from Sarpol-e-Zahab and Ezgeleh district, which have a combined population of over 30,000.

State officials have declared 630 dead and more than 7,000 injured. Those most affected were Iranians who had lived in social housing complexes built by the government of former President Mahmoud Ahmadinejad, whose cabinet was among the most corrupt in the history of the mullahs’ regime. The housing scandal became a national outcry that plagued the regime for many years.

Many Iranian geologists have been warning for years of a national catastrophe lurking in the Iranian capital. Tehran, a metropolis with a population of approximately 8.7 million in the city and 15 million in the greater metropolitan area of ​​Greater Tehran is known for an unbalanced urban structure where towers tower over nearby smaller buildings and can Maximize the event damage of a strong earthquake.

“Tehran can be called a city of fault lines because it has a large number of them,” IRGC-funded Javannews wrote on November 21, 2021. Identifying 13 major fault lines and five sub fault lines in the city of Tehran, Javan added: “According to the calculations of Ali Darvishzadeh (father of Iranian geology), the cycle of every major earthquake in Tehran is 150 years. While more than 180 years have passed since the last major earthquake hit the capital, this 30-year delay means the next earthquake is likely to be much larger and more powerful. Therefore, the earth’s energy accumulates in the faults and the next earthquake in Tehran may reach 8 on the Richter scale.

Also in 2017, following a magnitude 5.2 earthquake in the provinces of Tehran and Alborz, two people were reportedly killed and 115 injured.

The earthquake shock revealed unexpected consequences. The spokesman of Iran’s National Petroleum Refining and Distribution Company said that following the earthquake in Tehran, residents of the Iranian capital consumed about 15 million liters of gasoline in 12 hours. Ziba Esmaili said in an interview with the official ISNA news agency on Thursday, December 20 that “the average daily gasoline consumption in Tehran is 15 million liters under normal circumstances, but the people of Tehran have consumed as much of gas in just 12 hours, which is equivalent to a full day.

Fariborz Nateghiollahi, earthquake engineer, founder of Resilience and Crisis Management and professor at the International Seismological Institute, said: “I have been warning for years that there will be an earthquake in Tehran, and I said repeatedly that if this earthquake occurs, the greatest catastrophe of the last three centuries will occur.

Commenting on the possibility of a severe earthquake in Tehran, Abdolreza Hashemizai, Tehran’s representative in the regime’s parliament, said: “It is God who can save Tehran.