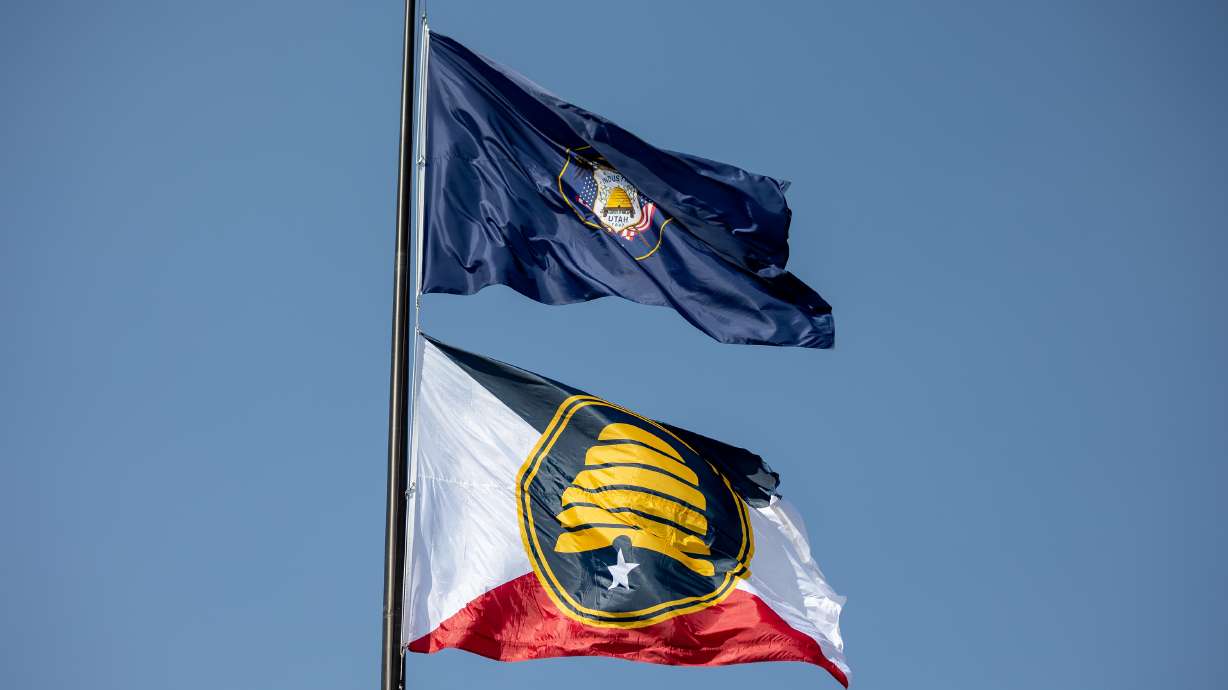 SALT LAKE CITY – Members of the Utah State Flag Task Force set out a detailed new timeline on Monday for the process of creating a new Utah state flag, including the aim to have a final design to propose to the Utah Legislature by fall 2022. .

Members of the task force, including Governor Spencer Cox and Lieutenant Governor Deidre Henderson, have dubbed the campaign for a new flag, “More Than a Flag” with a public outreach effort to be launched on January 19, 2022. , which is the second day of the upcoming legislative session and also Local Officials Day at the Utah State Capitol.

“The campaign is a statewide initiative that will invite Utahns to submit ideas and designs for a new Utah state flag – as part of a larger conversation about symbols, the colors and themes that set Utah apart,” said Utah spokeswoman Ellen Weist. Department of Culture and Community Engagement, in a news release Tuesday.

From January 19 to April 30, 2022, Utahns will be able to submit their ideas and designs by mail or on a soon-to-be-released website. Designs and ideas will be reviewed by a design review board that includes artists, designers, educators, historians and representatives of multicultural communities, according to the working group.

The committee will share the finalists for the new state flag with the public in August 2022, when there will be a public comment period. The committee will then review this feedback and select three final designs for the task force to consider by September 2022. The task force is expected to make a decision from there and submit this flag design for legislative approval in fall 2022 .

The update comes just over a month after the Utah Legislature approved an extension to the task force’s schedule during a special session. The bill requires the task force to have 10 possible designs proposed by September 15, 2022 and that a written report of the recommendations be sent to the Interim Committee on Economic Development and Workforce Services. Assembly by November 1, 2022 – both would be accomplished with the new schedule approved Monday.

Utah has kept the same flag design since 1911, with a minor adjustment made in 2011 to correct an error in the flag that appeared during the printing process since 1922. But Lindsey Ferrari, co-founder of the strategic planning company, has said in October that early feedback from focus groups indicated strong interest in a new flag design.

About 100 volunteers on various flag committees were put in place in the early stages of the search.

“Without exception, all committee members see the need to come up with a flag that represents a shared identity of what Utah looks like now,” she said in October. “The question we are asking now is, ‘Does the current flag still represent the great state of Utah?’ And, for the most part, people think ‘no’. They have no connection to the flag and a sense of personal identity with the flag.”