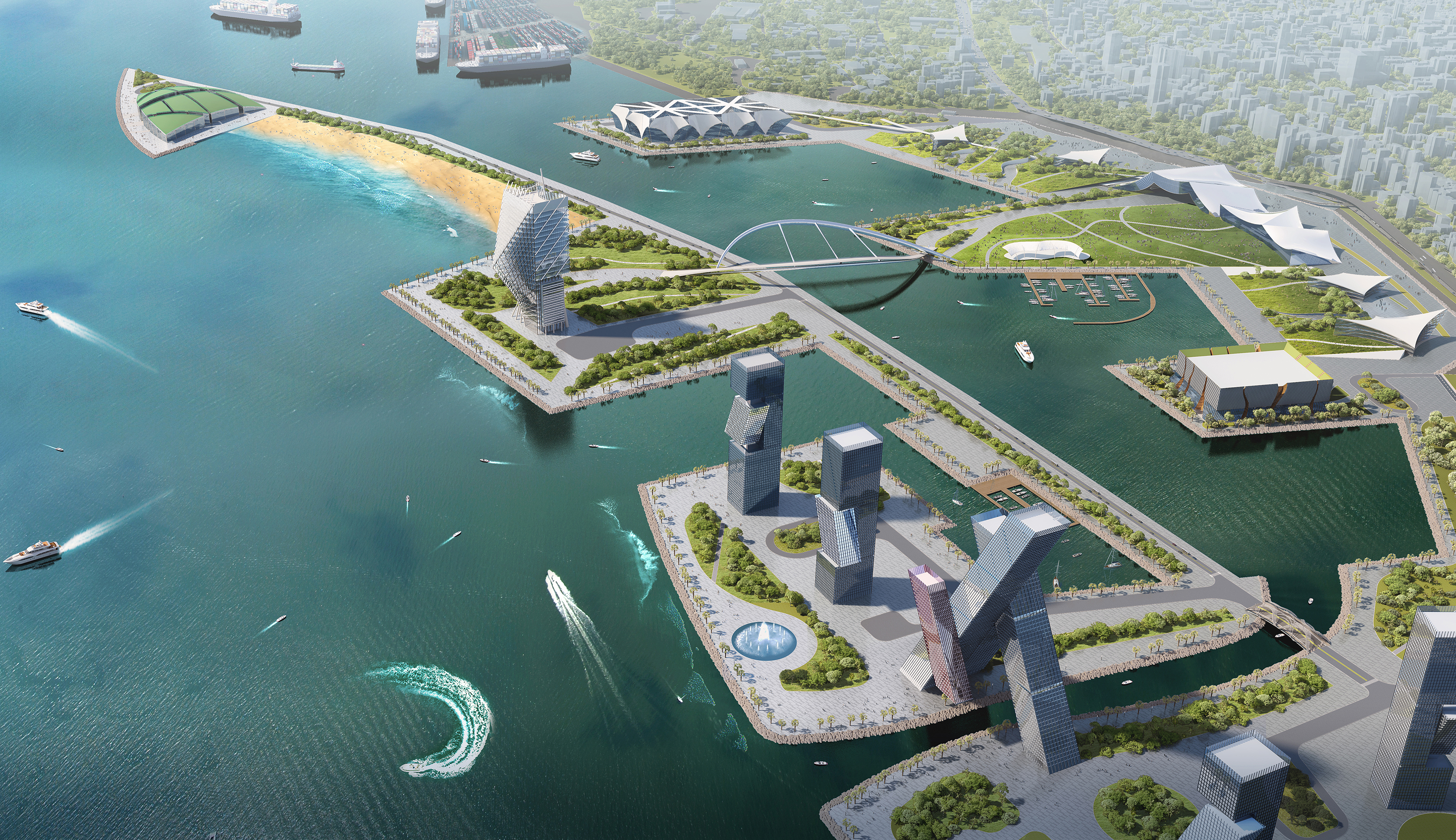 Town planning (Phase 01): It is proposed to make the 2.1 million m² shipyard (where the tragic explosion of August 4, 2020) the new entrance porch to Beirut. The vision stems from the narrative that all Beirutis, whether Maronites, Shiites, Sunnis or Druze, have equal access to the site as a “Place of Trust”. Part of the existing seaport is moved east, to allow Beirut’s seafront to become an iconic coastline. The vast area thus recovered for development becomes an apolitical and non-religious spine parallel to the old city of Beirut, where one can indeed walk without fear from one end of the city to the other. The development channels the public domain with vast green and aquatic squares along Chemin Charles Helou, thus creating a “front lawn” for the city. Beyond the squares, we once see the pavilion of the “souks” which serves as a protective barrier to the “place of trust”.

Financial modeling: The lion’s share of income from retail “souks” will be used as a cross-subsidy, and one of three components that would support the development of housing dedicated to Beirut residents whose homes were destroyed in the Big Bang.

Architecture of the “souks”: Inspired by the canopies seen on the traditional Arab market place, the “souks” (phase 01) feature a series of building profiles that are visually striking but rooted in the memory of the past. The morphology although contemporary, does not suffer from the same extraterrestrial architecture that we see in the cities of the Gulf country. It is uniquely “Arab”. The “souks” also serve as a security barrier to the marina park without resembling a dividing wall. The sloping green roof of the intermediate spaces of the pavilions offers a secure natural park facing the sea.