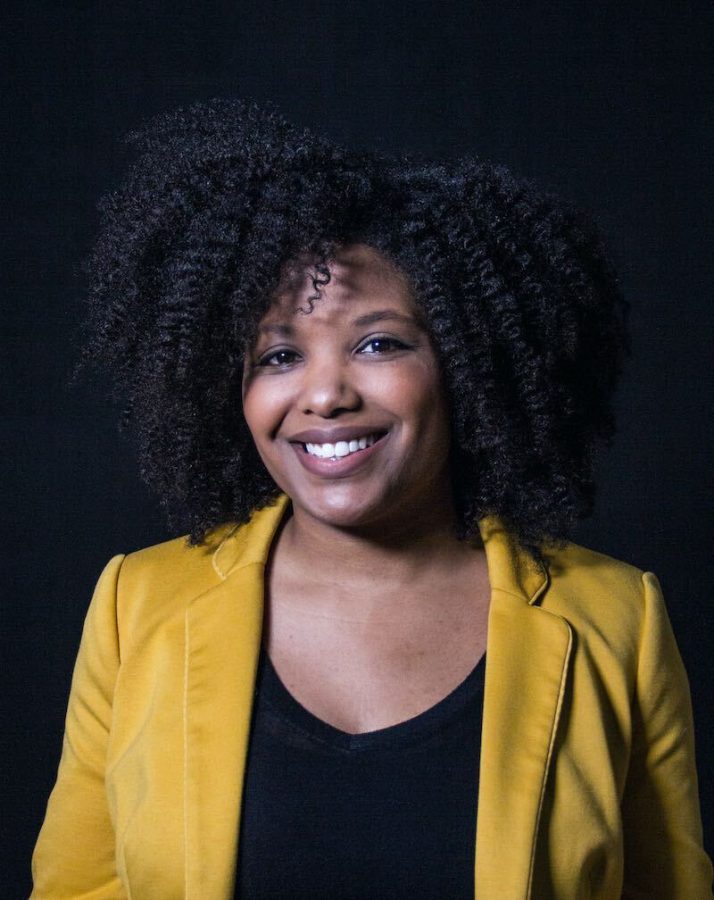 Design class focuses on anti-racism in branding – The Minnesota Daily

Led by Terresa Moses, a course focusing on racial conceptions in branding is now presented at the Goldstein Museum of Design.

Photo courtesy of Terresa Moses, Assistant Professor and Director of the College of Design Justice Network at the University of Minnesota. Moses started â€œRacism Untaught,â€ a course that teaches racism in design.

Terresa Moses, an assistant professor at the College of Design, challenged her students to adopt anti-racist approaches to design in a course first taught at the University of Minnesota last fall, the process of which is now presented at the Goldstein Museum of Design.

Moses and his colleague Lisa Mercer, assistant professor in the School of Art and Design at the University of Illinois, created and launched the Unteached Racism Course Toolkit in 2018. The exhibit, which is only open to University staff, faculty and students, guides viewers through the stages of the Racism Untaught setting as if they were participants.

Jean McElvain, acting director and associate curator of Goldstein, said the exhibit is unique because it specifically examines the intervention in relation to uniquely historical narratives of racism in design.

â€œThis is a question that I think is difficult to discuss. Difficult, sometimes, to articulate. So if you have these key terms in front of you, it really first of all allows you to differentiate the different issues in a racialized design and be able to name them, â€McElvain said. “So I think just putting a tongue in it is really helpful to me, and I think anyone would come and see it.”

Companies like PayPal and Target have embraced the Racism Untaught framework. Originally developed as a one-hour seminar, Moses and Mercer have since implemented the toolkit in semester-long courses at academic institutions. This course allows for a more in-depth analysis of racialized design, Moses said.

“I think [Moses] introduces something totally new to the College of Design, â€said Jonathan Heu, a fourth year graphic design student. “I think it offers a whole new perspective and I think every student in this class can say that they have taken something away.”

The Moses and Mercer framework guides students through an introduction and five steps: integration, context, definition, ideation, prototyping, and impact. Over the course of 16 weeks, students analyze their own biases and redraw an existing racialized brand, such as Aunt Jemima or Ms. Butterworth’s.

â€œAunt Jemima’s makeover wouldn’t be enough to take her face off,â€ Moses said. “It’s like, okay, how can we apologize for that?” How do we recognize as an institution and an organization that we have been okay with this for so long? “

After taking the course, Moses said she hopes students will recognize their ability to perpetuate racialized views.

â€œThis is my main focus,â€ Moses said. â€œThat the students understand their agency in the positionality of racism, and that it is also not impossible to create an anti-racist design approach. It’s a tough conversation, but if you can engage in it, we can really start to change our culture and create a better world for everyone; liberate all oppressed and marginalized people.

Several students who took the course said it made them feel empowered to recognize and defend racialized design.

â€œI remember a time when [my group] had a moment of, ‘Who let this happen?’ and, ‘Why hasn’t anyone stepped in to say something?’ Said Grace Carlson, third year graphic design student. â€œWe concluded that in large companies where there is not enough diversity, there is no room for such criticism; no one is there to offer that perspective.

Heu also said the course had a big impact on his work.

â€œI have the impression that as a designer, I want to do [a] good design that will have a positive impact on people. And I want to make sure that, like, I learn and keep growing, â€he said.

Heu said he has taken other courses within the College of Design that focus on topics such as sustainability and consumerism, but this was the first course structured to explicitly discuss racism. Jack Wiese, a third year graphic design student, expressed the same appreciation for the course.

â€œMany CDES courses incorporate some sort of conversation, but it’s not enough to just ‘talk about it’,â€ Wiese said in an email to the Minnesota Daily. â€œIt is important that all professors are able to teach these lessons to their students so that the next generation of designers does not allow racism in design to persist. Real change starts with all of us.