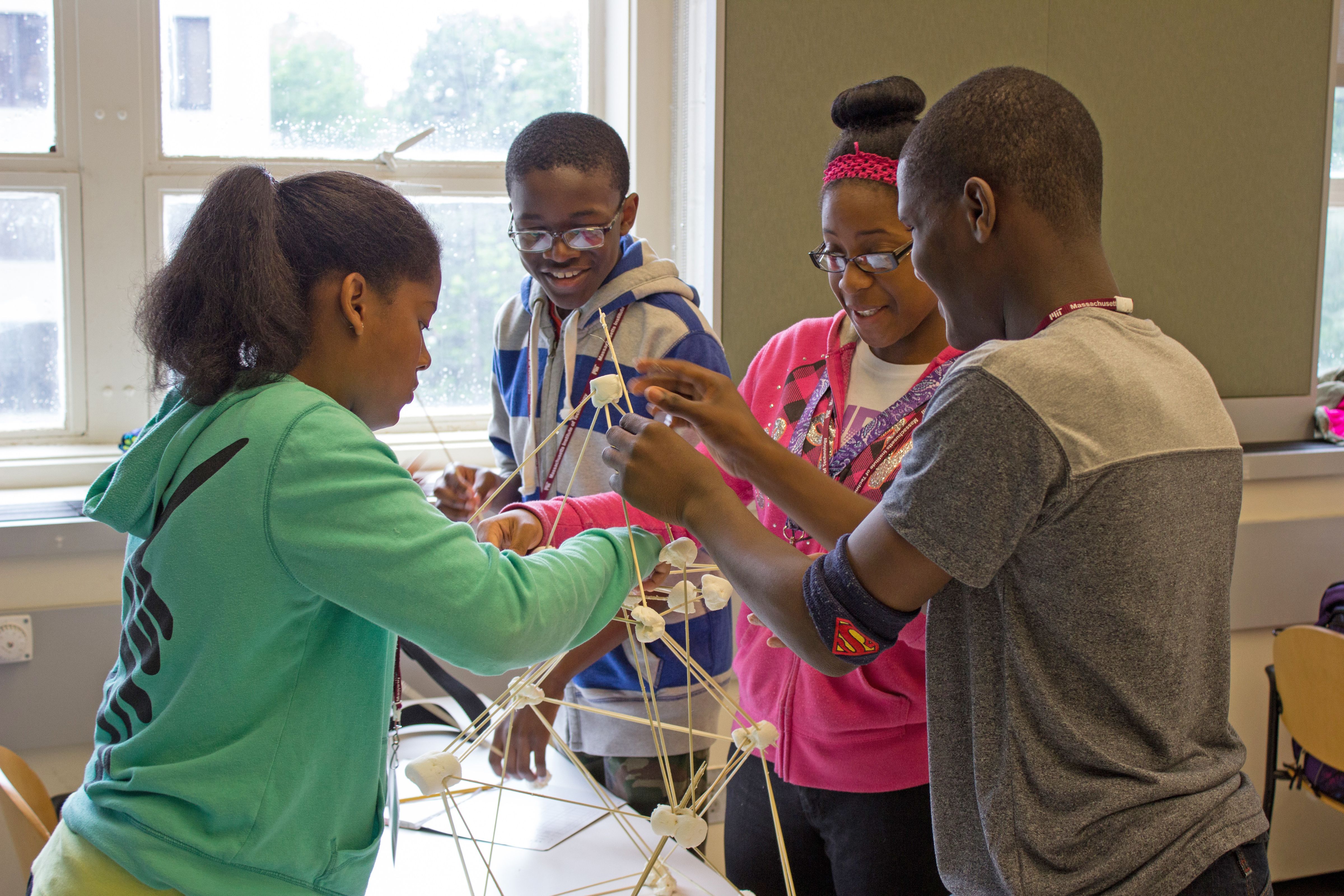 While designing lessons for the 22 eighth graders in their Engineering Design course, instructors Julia Sun and Jonathan Corzo set two main goals: to include as many hands-on projects as possible and to make sure their students understand the concepts. scientists behind these projects. .

Their course was part of the 2015 STEM Summer Institute, a free five-week program run by the MIT Office of Engineering Outreach Programs that gave 92 students in grades 6 through 9 from Boston, Cambridge and Lawrence, Massachusetts, the opportunity to ” learn science, technology, engineering and math during the summer at MIT. The rising eighth graders in Sun and Corzo’s class also took courses in probability and statistics, while students in other grades took courses ranging from algebra to robotics.

Lawrence student Leah Delacruz says that in her college science class, students only do a few hands-on projects per year. Knowing this and believing that students are more engaged and learn better through hands-on projects, Sun and Corzo sought to present their students with a new building challenge every two days.

Boston student Mehdi Kayi found the approach fresh and engaging. “They are really lively and excited to teach us,” he says.

Delacruz says she found Sun and Corzo more accessible than she expected. “You become friends with them and you can talk to them about anything,” she says.

While Sun and Corzo encouraged fun, they also made sure their students understood the scientific and technical concepts behind each project. Each unit began with an introduction to applicable physics concepts. During the Civil Engineering unit, students learned about stresses and stresses as well as the effect of forces on different types of bridges before building paper prototypes that could support the weight of multiple textbooks.

“We’re going to go through the very difficult physics behind the engineering, and then when we get to the project, every student gets richer,” says Sun.

Over the five weeks, Sun and Corzo adapted their program based on student feedback. Very early on, the students showed an interest in environmental issues, which prompted the trainers to design an environmental engineering unit. As part of this unit, the students built filtration devices and tested the effectiveness of their devices on water from the Charles River.

Sun and Corzo used projects to teach more than just the fundamentals of science and engineering. In one activity, instructors tasked students with building structures that could hold eggs and prevent them from breaking after falling from three floors. Rather than stopping at the engineering design lesson, Sun and Corzo asked their students to research minority and female scientists and engineers. When giving their eggs to the students, Sun and Corzo told them that the eggs represent the scientists and engineers of their choice and that it is the students’ duty to protect them.

The final project of the course was the culmination of a new neural engineering unit developed with the help of MIT Professor Joel Voldman, Deputy Director of the National Science Foundation Engineering Research Center for Sensorimotor Neural Engineering. The students built robots using Lego Mindstorms kits and connected them to Arduino boards. The Arduino boards were in turn connected to sensors that could be attached to the muscles of the students. This resulted in robots that students could control by straining and relaxing their muscles.

Most college students are not exposed to such projects. Kayi says his school covers the topics he learned in STEM in grade 10 or later. “STEM prepares me for what I want to do in the future,” he says.

Over the five weeks, Sun and Corzo saw a noticeable increase in their students’ aspirations and interest in science and engineering. “It’s an inspiration for me to work with these college kids,” Sun says. “They come to our classroom and then they say, ‘I want to come to MIT. I want to become an engineer. ‘”

2015-09-16
Previous Post: There is a program for an urban design course on race and justice in Harlem
Next Post: VAG’s design proposal will change the way Vancouver views its architecture