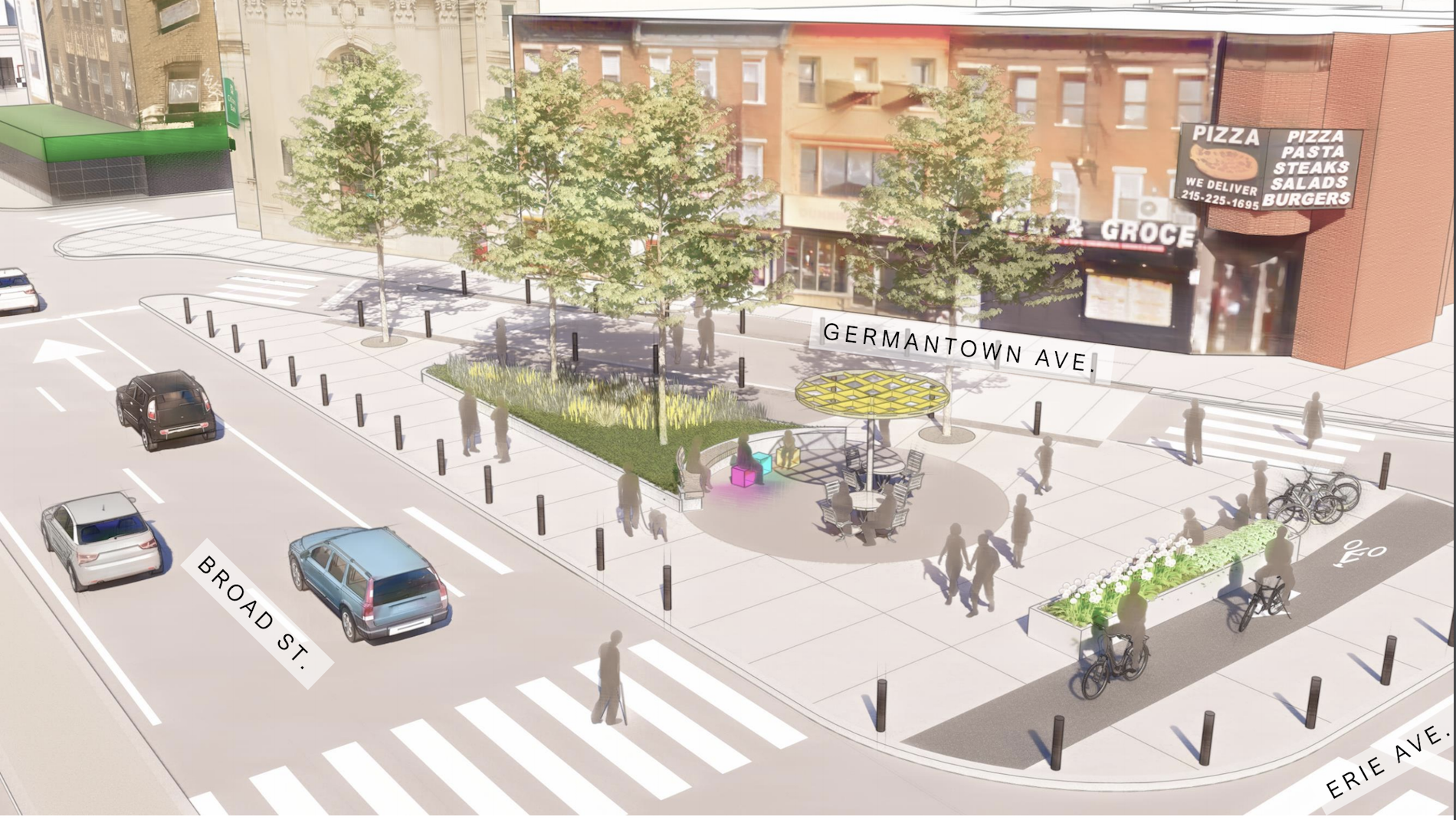 The proposed design includes several types of seats and fairy lights as well as a kiosk designed to share books. Trees and shade structures will provide protection from the sun in a notoriously short area of â€‹â€‹the two. The black and squat traffic bollards aim to protect the public space that looks like a park from traffic.

The Broad, Germantown and Erie task force began its work in 2017. It is a collaboration between city agencies and neighborhood organizations, with the aim of making the intersection safer, creating jobs, to support businesses, improve public spaces and honor local history and culture. .

In collaboration with the community, the city has developed a series of design options. The city and the task force then sought feedback from residents, workers and transit users in the neighborhood.

They gathered feedback through an online survey and in-person social distance interviews at the intersection. Participants also offered their contribution via phone calls and text messages. The survey was offered in English and Spanish, a nod to the diversity of the region.

â€œWe want the people who use the intersection to feel like they own the design and the future of the space,â€ said Eleanor Sharpe, executive director of the Philadelphia City Planning Commission. â€œThe proposal reflects their contribution and responds to their priorities. “